One of the main reasons immigrants to the new world gave up most of their worldly possessions and endured treacherous voyages across the wild and green Atlantic Ocean was because of their search for religious freedom. And so, many original towns were either established around churches or churches were built there soon after the towns were established. Religious freedom is an important part of life in the United States. Though the original churches in Brunswick County, NC are Christian churches, you will find Jewish Synagogues in nearby Wilmington, NC and a Buddhist Temple on Midway Road in Bolivia, NC. You will also meet people who find their spiritualism next to the sea. There are many spiritual places on Oak Island which are recognized by those who tune themselves in to the universe. Because the first European settlers were Christian, the historic churches are Christian churches. They are interesting to people of all faiths because of their architecture and their beauty. Here are a few that you may enjoy visiting:

St. Philip’s Parish at Old Brunswick Town State Historic Site in Winnabow, NC (http://southport.insiderinfo.us/attractions/southport/st-philips-parish/profile/) is the oldest and the only Colonial church in southeastern, NC.

The Chapel of the Cross at St. Philip’s in Southport, NC (http://southport.insiderinfo.us/attractions/southport/the-chapel-of-cross-at-st-philips/profile/) 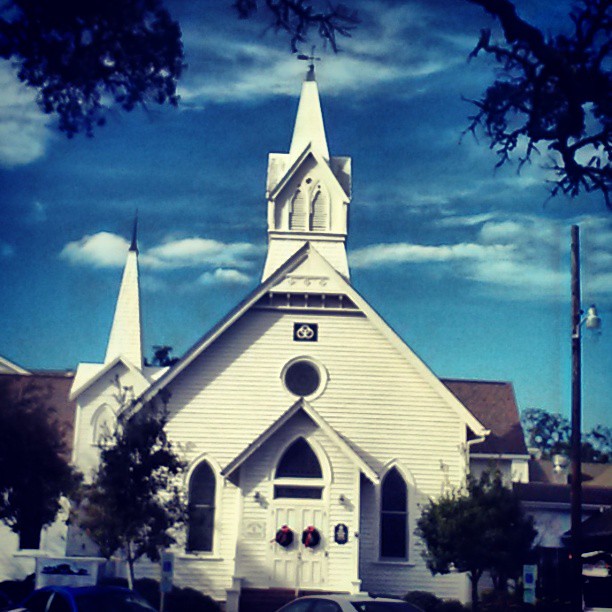