…..and head for the 20th Annual Stede Bonnet Regatta in Southport, NC on Saturday, November 2. 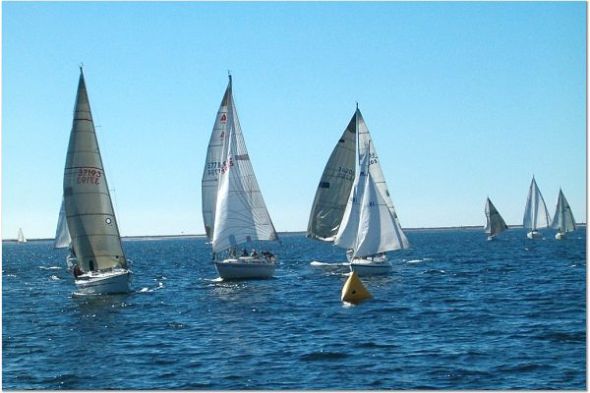 The regatta is named after Stede Bonnet, the Gentleman Pirate, who plied the waters off the coast of the Carolinas -sometimes in cahoots with Blackbeard. He met his end at the end of a rope in Charleston in 1718. The captain and crew of the sailboats that take part are all required to be decked out in pirate regalia, a rule that sets the tone for this fun event. Many of the spectators also wear their pirate duds and this year it would not surprise me to see Captain Jack Sparrow among them. He has been lurking about the town of Southport of late and taking part in all the special events – even wandering through the Waterfront Market on occasion.

Though prizes are awarded, the race itself is a fun event where you might witness a man overboard, or a grounding of a pirate ship, or the firing of water cannon. There is even a coveted Boob Prize awarded at the ceremony following the race. You can also take part in the after-the-race party at the Yacht Basin Provision Company. There will be a band, dancing, drinks food and fun until you and the pirates drop.

Check out these web sites for more information: http://www.stedebonnetregatta.com/ and http://provisioncompany.com/