The First Friday Gallery Walk in Southport, NC has become an institution. The walk always offers interesting artistic treasures, featured artists, good food, wine and spirits to all who attend. But at the gallery walk this Friday (September 7, 2018) Franklin Square Gallery, a non-profit, cooperative gallery, will have something very special going on. It will focus on the upcoming (September 29) Wooden Boat Show. Earlier in the year, members of the gallery were busy painting images of wooden boats in the hopes that their painting might be chosen to be displayed on the Wooden Boat Show T-shirts. All entries were submitted and a winner was chosen. This year’s winner is Tony Alderman, for “She Stood the Test” – a painting of one of the iconic, and slowly disappearing, shrimp boats that we are privileged to see plying the waters in Southeastern NC. You will be able to see the original painting, meet the artist and enjoy a display of the other entries at this Friday’s gallery walk from 5 PM until 7 PM.

The Silver Coast winery Tasting Room in Southport, NC is known, of course, for its wines. However, this Friday they will be offering something a little bit different. From 4 PM until 7 PM you will be able to enjoy their Victory Brewing Company of PA Beer Tasting. Mike Yeley will be providing live music from 6 PM until 8 PM as well.

This Saturday you can celebrate Leland’s Founders’ Day in Leland, NC from 3 PM until 9 PM. A veterans recognition will be held and the event will include live music, a carnival, arts & crafts, food trucks and fireworks. Parking will be located at North Brunswick High School and a shuttle will be provided.

Labor Day Weekend is for everyone. Labor Day was created to pay tribute to the achievements made by American workers and to their contributions to the well being of the country. You will find many events planned for this special weekend and luckily, they are not all planned on the same day or at the same time.

Saturday morning will start off at 8 AM with a Paddle Out for the Labor Day Surf Off at Ocean Crest Pier in Oak Island, NC, which will begin at 8:30 AM. Pre-registration is required for this event. 9 AM will kick off the Oak Island Art Guild Labor Day Arts & Crafts Festival which will run until 4 PM. This fun event will be held on the soccer field of Middleton Park and will offer a day of beautiful handcrafted items as well as food.

On Sunday, you can Go Jump in the Lake, literally, in Boiling Spring Lakes, NC. There is a catch. First you have to take part in either the 5K or the 1.5 mile run/walk – then you can jump in the lake. There will be live music also, from 4 PM until 6 PM, featuring 17 South Band. The concert will be held at Spring Lake Park and food trucks will be there as well.

On Monday, in Southport, NC, kids up to 14 years of age will be able to take part in the Children’s Crab Derby  Registration will begin at 8:30 AM with the derby beginning at 9 AM. Prizes will be given. That will leave the rest of the day for beach time. 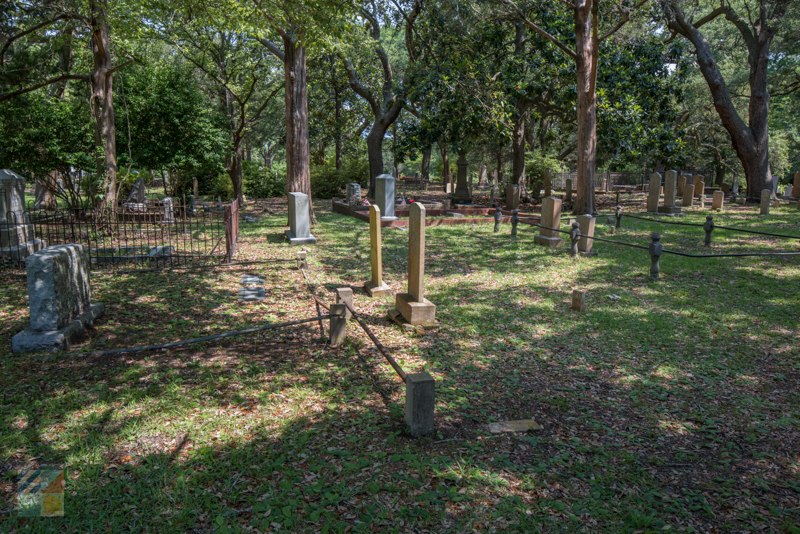 You are probably aware of the lantern led ghost walk tours given by the Old South Tour Company which include a tour of the Old Smithville Burying Ground, but did you know that you can take a daylight tour as well? These tours, led by Musette Steck, a local historian, take place each Wednesday afternoon starting at 2 PM. You might hear strains of harp music as she tells you about Tony, the ghost who used to play his harp in what is now The Brunswick Inn Bed & Breakfast. You will hear the story of the man whose legs are buried without his body and the reason for the tree stump markers that can be found in the cemetery. Tours are free, however, donations benefit the Fort Johnston/Southport Museum. Special tours can be arranged by calling: 910-454-0437.

Both Southport, NC and Oak Island, NC are designated Tree Cities USA. Who doesn’t love the old live oak trees the line the streets in Southport? Beyond the beauty offered by trees, their benefits to us and to the environment are numerous including clean air by the reduction of smog and greenhouse gases. Do you know you can get 10 free trees for a $10 donation? In the month of August, the Arbor Day Foundation is holding its Trees for America Campaign. For this small membership fee, you will receive the trees, information about planting and care, and their bi-monthly publication . Check it out at: arborday.org/august.

On Saturday from 10 AM – 2 PM you can explore the arts at the Leland Cultural Arts Center in Leland, NC. Here you can meet the instructors and enjoy demonstrations of their artistic processes as well as a ballet performance by students. You and your family members who are 11 years old or older can try out working in clay on a potter’s wheel. Poor Piggy’s BBQ & Catering food truck will be there to add to the fun of your day out.

Saturday is coming and there are also several interesting and fun activities coming where you can spend your day if you so choose. With all the water surrounding us there is bound to be boating of all kinds – from sailing to motor boating to fishing boating and more. What we hope for is that everyone in charge of these boats practices safe boating. If you have a boat or are anticipating getting one, you can do your part by taking the U. S. Coast Guard Auxiliary Safe Boating Course. The course will take place on Saturday at the Brunswick County EMS Headquarters, 40 Naber Drive in Shallotte, NC from 8 AM until 4 PM. The course applies to powerboats, sailboats, paddle craft and PWcs – in essence, all recreational watercraft. Registration is required by contacting Dawn Smith at:  BoatingSafely@ ec.rr.com. The fee can be paid online with PayPal or at the door with cash or check. Information can be found at: http://www.Flotilla10-05.org.

From 2 PM until 7 PM you can enjoy the music of Lockwoood and food from the Little Chef Food Truck at Check Six Brewing Company, in Southport, NC. What’s more, the proceeds from this event will benefit the Southport-Oak Island Animal Rescue.

If classic cars, music and cruise-ins are your thing, you won’t want to miss Leland Under the Lights at the Villages at Brunswick Forest in Leland, NC, also on Saturday from 3PM until 8 PM.

If are looking for something fun to do in Brunswick County, NC it’s a good bet that you will find it provided by the Parks and Recreation Departments of the towns. The employees of these departments are fun loving individuals who come up with ideas – and carry out those ideas – for events that are available to you on a continuing basis. You will find information about some of those upcoming events here.

8/15 from 2 PM until 3:30 PM you can learn all the tips and tricks of Bird Photography at a free program. You will also get tips on places nearby where you can find birds to photograph, how to stage your backyard to welcome birds, and understanding bird behavior.
How about a trip to Lake Waccamaw (fee $5) on 8/23 from 9 AM until 2 PM to see Alligators Up Close & Personal? (preregistration required)
And don’t forget the Labor Day Surf Off on 9/1.

Boiling Spring Lakes, NC Parks and Recreation:
The Monthly Birthday Ice Cream Social is held from 12:30 PM until 1 PM the second Friday of each month. Come on out and celebrate with an ice cream sundae.
Karate for Kids is held on Mondays from 6 PM until 7 PM from August 13 through December 17.
Put your dancing shoes on and join the Line Dancing on Wednesdays at 6:30 PM.
Bring your lunch and enjoy Brown Bag Lunch and a Movie on 8/16 from 11 AM until 2 PM.
Come to Dress Like a Nerd Day and enjoy lunch and maybe win a prize on 8/22 from 12 noon until 1 PM.
Get your friends together and join in the fun for Afternoon Adult Trivia on 8/23 from 11 AM until 2 PM. Pizza, salad and cash prizes will be offered. ($5 and RSVP by 8/20)

The days keep zipping by and it’s time again for the 1st Friday Gallery Walk – for the month of August. From 5 PM until 7 PM you can stroll from gallery to gallery to enjoy the artwork as well as some munchies and drinks. Each gallery will include special features in their presentations. Lantana’s Gallery & Fine Gifts will feature whimsical witch paintings by Ann Thompson done in her Original American Art style. Franklin Square Gallery will feature a painter as well as a clay artist. The paintings of Robin Sboto will be part of the special display accompanied by the creative clay art of Linda Drye. At Ricky Evans Gallery, new products featuring local charts and signal flags will hold pride of place.

Image: Linda Drye at work in a pottery studio

On Saturday and Sunday, Bald Head Island, NC will celebrate National Lighthouse Weekend with fun and interesting events. On Sunday evening, winding up this auspicious weekend, the island will hold its annual Maritime Classic Run for the Light with a one mile fun run, a 5K and a 10K.

Golf is not everyone’s game. However, it is certainly popular in southeastern, NC, evidenced by the number of golf communities in the area  – and the people who live in them. Did you know that the game is considered to have been invented by the Scots? “A spokesman for the Royal and Ancient Golf Club of St. Andrews, one of the oldest Scottish golf organisations, said “Stick and ball games have been around for many centuries, but golf as we know it today, played over 18 holes, clearly originated in Scotland.” In 1739, the game spread to (what is now) the United States with a shipment of clubs and balls to South Carolina and the establishment of the South Carolina Golf Club in Charleston in 1787. The game became very popular in the Roaring Twenties and the number of golf clubs have been growing ever since that time.*
*Source – Wikipedia

The following public golf courses can be found in the Southport – Oak Island, NC area:

Further south, you will find these courses.

In the northern part of Brunswick County, NC, you can play golf at these locations.